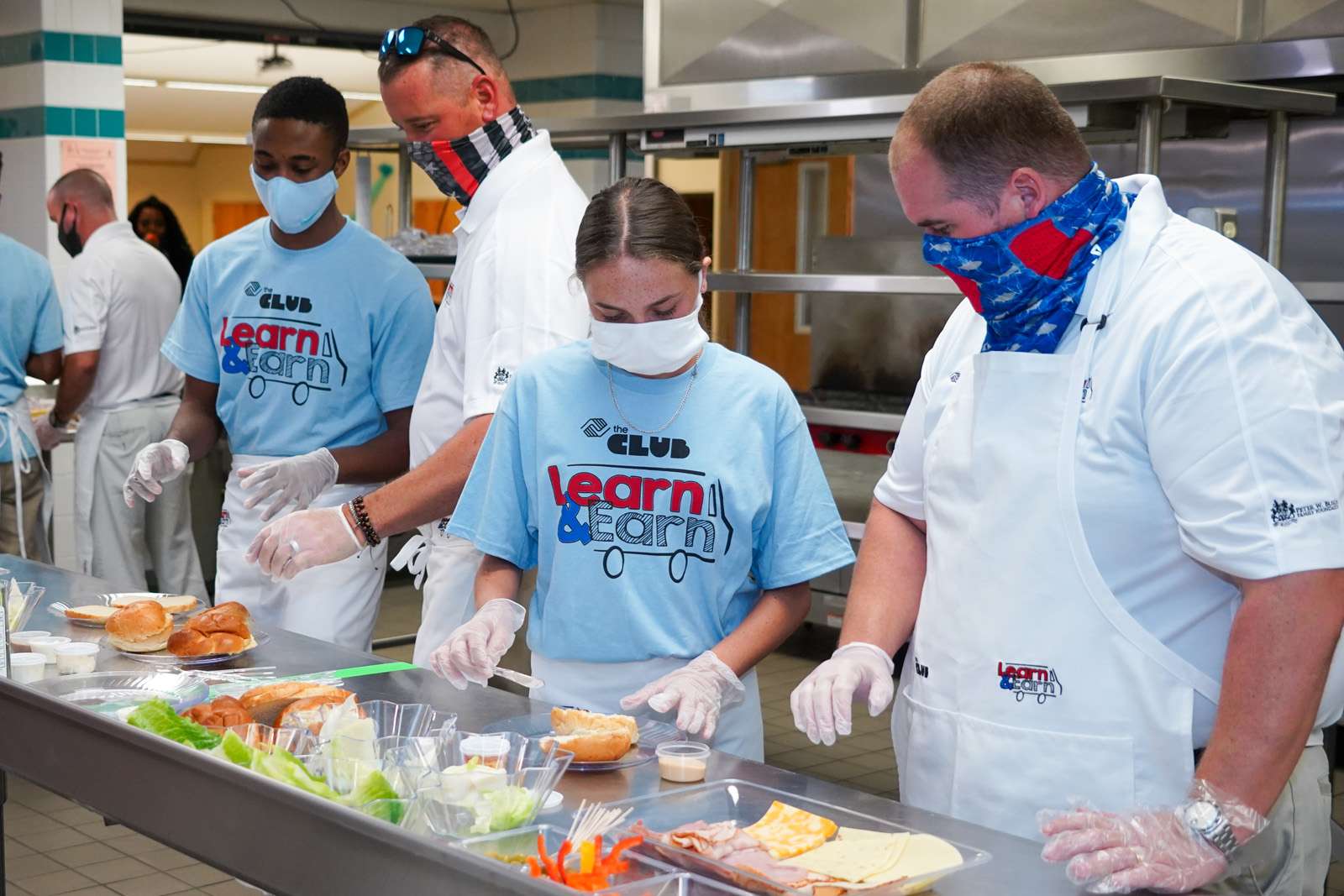 Area teenagers now have an opportunity to learn culinary skills, along with business skills, while earning $10 an hour working in a food trailer in a program initiated by the Boys and Girls Clubs of St. Lucie County.

The program is called Learn and Earn and, starting in November, about 8-10 teens will be put to work, four at a time, on a 27-foot food vending trailer that will travel to various community events, giving the kids real-world business and work experience.

The menu for the initial rollout of the food trailer will be holiday beverages, such as spiced cider and hot chocolate, and pastries, said Jack Barrett, vice president of resource development for the clubs. Later, they will be offering typical festival fare such as hot dogs, hamburgers, grilled cheese sandwiches, and the like, he said.

“Aside from collecting a paycheck for the first time ever, these kids learn the ins and out of what it takes to run a small business,” Barrett said. In addition, they learn “soft skills” such as how to act and dress properly in the workplace or while on a job interview, how to create a resume, how to manage money, and other life skills, he said.

About 4,700 boys and girls participate in 20 clubs throughout the county, and many of the teens have been learning some of the soft skills in the workforce readiness programs, Barrett said. Terrell Mongo, a former club director, oversees culinary training for the food trailer program at the commercial kitchen at Westside Church on Jenkins Road in Fort Pierce.

The Peter W. Busch Family Foundation donated $25,000 to purchase the truck and trailer. Other local people and businesses have donated funds to inspect and equip the trailer, Barrett said.

BGCOFSLC lucky to have Del Toro

Richard R. Del Toro Jr. serves as the vice president of the board for the Boys & Girls Clubs of St. Lucie County. He has been a board member since…

Nelson Family Farms has become a Strategic Partner of the Boys & Girls Club of St. Lucie County by donating $5000 to support the Club’s youth development programming. In a…

Like most children, Brianna, 9, and Terah, 10, want toys. They don’t want just some toys. They want hundreds of toys. Brianna and Terah don’t ever want to play with…