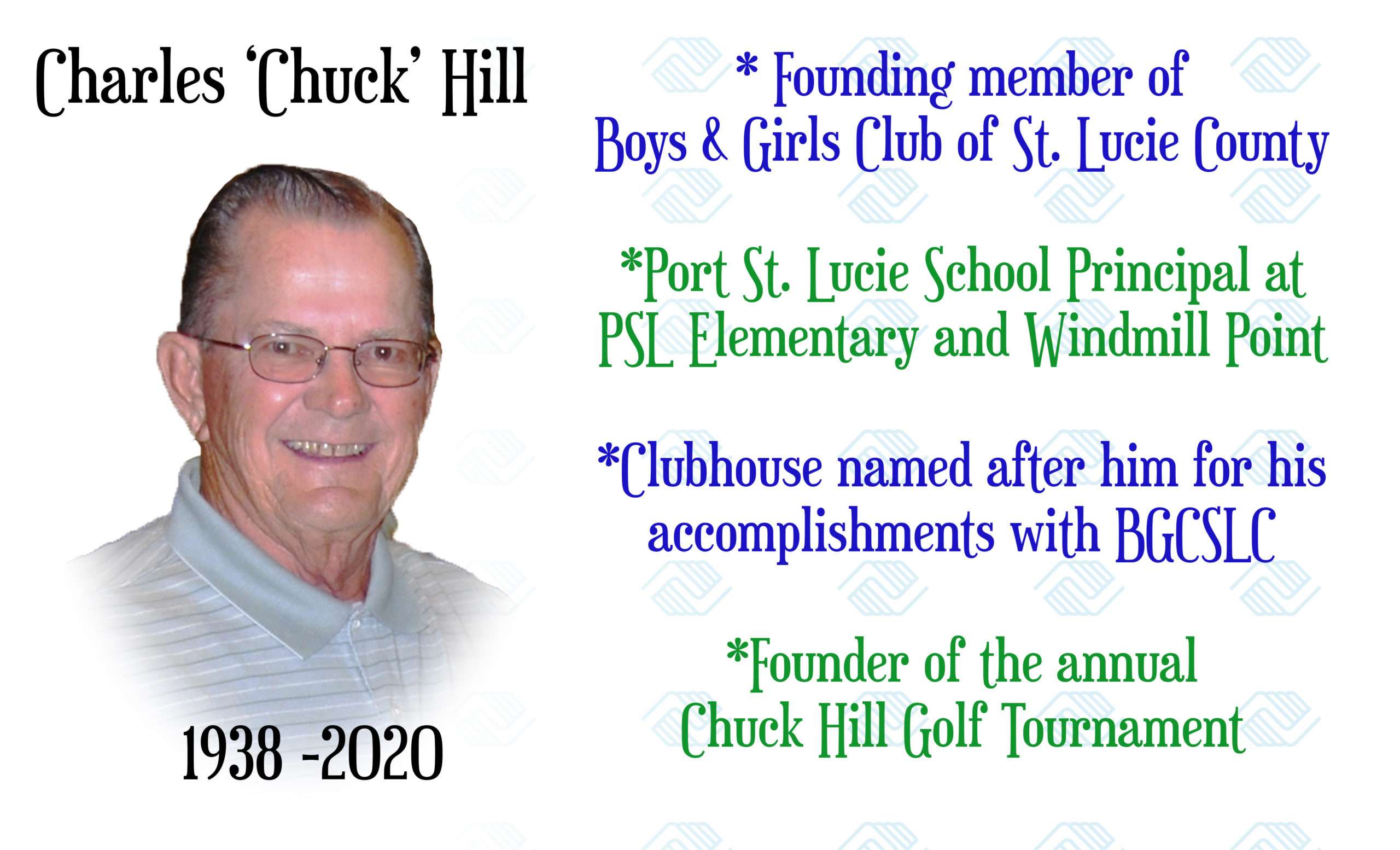 It is with great sadness that we share with you the loss of one of the founding members of Boys & Girls Clubs of St. Lucie County.

Charles ‘Chuck’ Hill passed away on Saturday, May 9.

Mr. Hill is survived by his wife of 60 years, Betty, and two sons, Steve and Jeff and their children.

Mr. Hill has left his mark as a positive influence of the Clubkids that attend any of the 20 clubs currently in St. Lucie County. One Clubhouse is named after him. The Chuck Hill Club is in Port St. Lucie on Marion Avenue.

Mr. Hill was originally a resident of Wisconsin and an avid Green Bay Packers Fan.

In lieu of flowers his wife Betty has asked for donations to be be made in his memory to Boys & Girls Clubs of St. Lucie County. Donations can be made at this link: DONATE.

Approximately 1,000 children participated in a free day of music, dance, contests and other events at the Fort Pierce Police Department’s “Unity in Our Community” at the Percy Peek Gymnasium.…

2020 Youth of the Year Celebration

A buzz of excitement is threaded through the Boys and Girls Clubs of St. Lucie County (BGCSLC) as they prepare for this year’s Youth of the Year celebration. On Wednesday, February 5th,…

I would like to personally express my most heartfelt gratitude and appreciation to everyone who has provided a Gift of a Great Future. Your support is enabling our youth to…