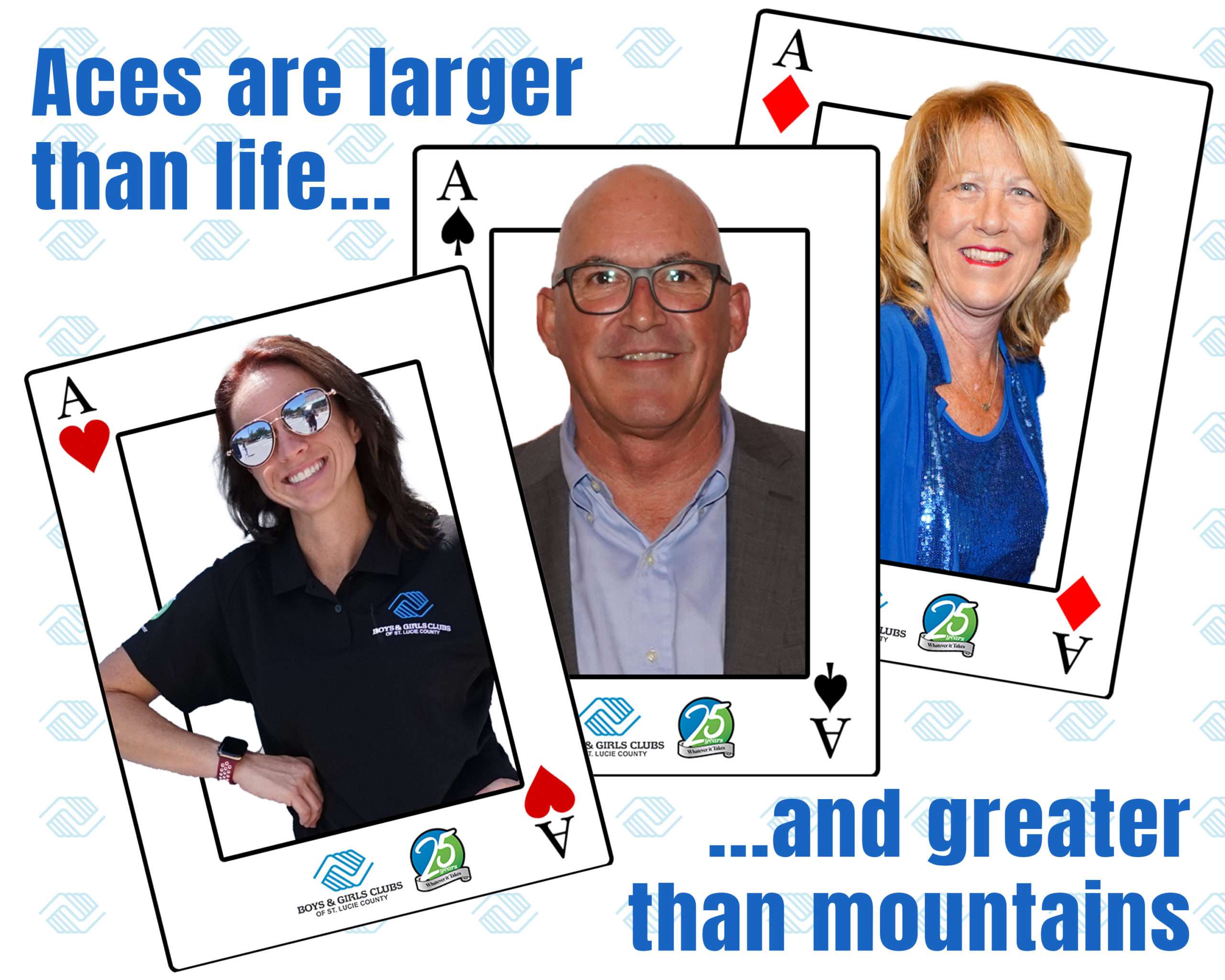 “Great things in business are never done by one person; they’re done by a team of people.” – Steve Jobs

All three new members already have a vested interest in the Club’s success. Morgan is a previous board member coming back for a second time and a longtime supporter of Club initiatives. Leonard and LaFraniere are both key players in achieving some major fundraising objectives recently. Leonard, through A&G Concrete Pools contributed with the purchase of a 15-passenger vehicle preceded by numerous avenues of donations and workforce development programs for the Club teens. Several community members were unaware of the Clubs existence until introduced to them by successful landscape business owner, LaFraniere. One of those introductions was to Everglades Equipment Group in Fort Pierce which came with two riding lawn mowers and other essential landscaping equipment to be used in training the teen club members in learning new skills that give them added value in the workforce.

“I was a board member for the 12th Anniversary. We have come a long way and I am so proud to re-join as a board member for the club’s 25th year. It is so important to have this history, I have visited all five club houses. I would like to make sure I visit all 20 school-based sites. My goal is to share what BGCSLC does in our community It all about the kids!” said Stephanie Morgan.

When asked of his most memorable BGCSLC experience LaFraniere said, “I would say was my first “Youth of the Year” experience. I was so blown away by the young men and women and their carefully detailed personal stories. It was a moment that caught me so off guard.”

Leonard was asked what she would like her legacy to be when the Club looks back on its last 25 years for its 50th anniversary in 2044. “That I helped our community come together and learn about the purpose of the Boys & Girls Club and get the community involved to better the clubs,” said Genia Leonard.

“I am beyond excited that Stephanie, Genia and Mike have joined the BGCSLC Board of Directors. As leaders in our community and board members they will be able to bring a new and fresh perspective to the table. They are already completely immersed in the club’s mission and support the club in so many ways; they clearly have a passion for the kids we serve,” said Leslie Kristof, president of Keiser University’s Port St. Lucie Campus and BGCSLC Board Chair.

Smile on our Club Kids with you Amazon shopping this season

AmazonSmile is a simple way for you to support Boys & Girls Clubs of St. Lucie County every time you shop, at no cost to you. AmazonSmile is available at…

BGCOFSLC receives a lot of support

Wednesday February 22nd was a remarkable night for the Boys & Girls Clubs of St. Lucie County. Over 250 community members came out to support the Club for their 2017…