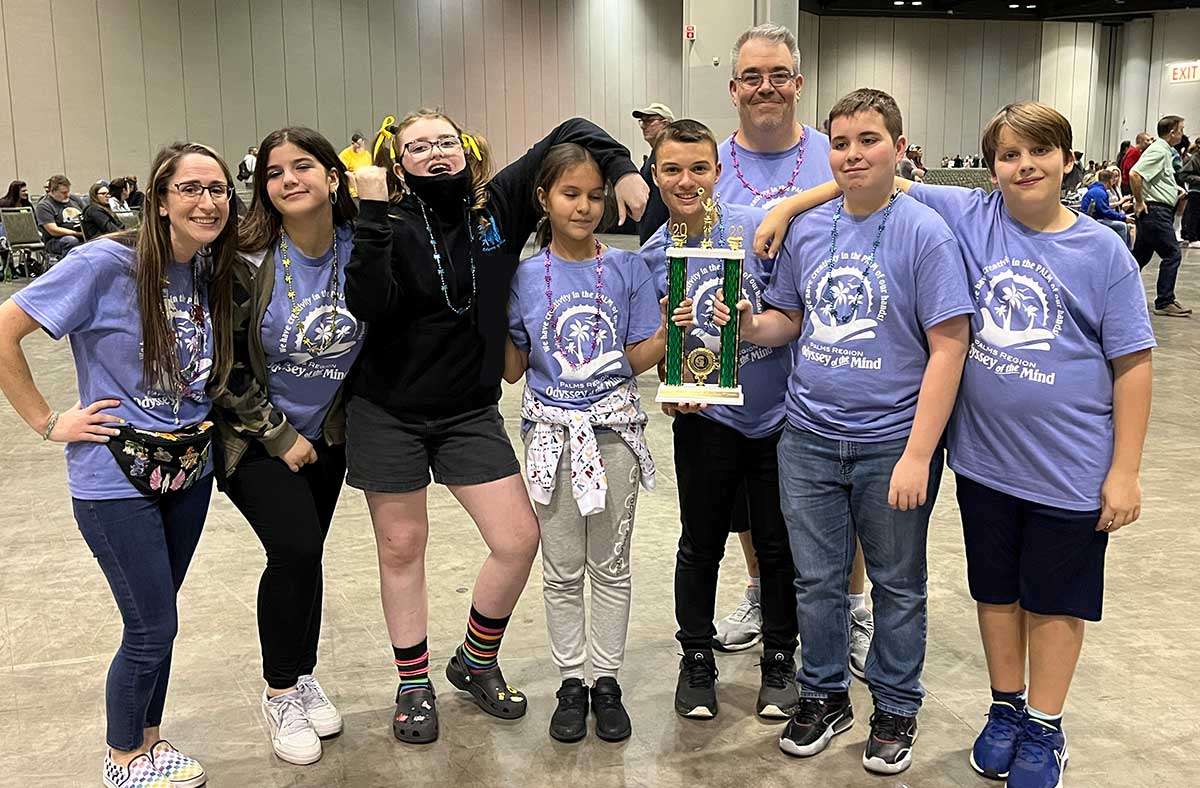 PORT ST. LUCIE, FL – Odyssey of the Mind is a problem-solving competition where students across the globe use creativity and teamwork to create solutions to prompted problems. A local team of Boys & Girls Clubs members representing Windmill Point recently traveled to Iowa to take the stage at the Odyssey of the Mind World Competition.

The 2022 Odyssey of the Mind Competition featured four problem categories that are either verbal, hands-on, or a combination of both. After winning the local competition and placing first in the Matryoshka Middle School category at the state competition, the team went on to compete at the World level in Iowa.

One of the team’s coaches, Lacey Black, said, “What’s really special about this crazy group of kids is they decided to compete in two projects this year, which is kind of unheard of. The judges were taken back by it. It was double the work, but they did it and they placed first in one of their problems.”

Not only did the Boys & Girls Club team blow the state competition judges away with their teamwork and work ethic, they also received the highly-coveted OMER’s Award for serving as exceptional role models to other teams. But, the work didn’t stop there. The team continued to meet every Saturday to perfect their routines and prepare for the World Competition.

“The Boy and Girls Club Odyssey of the Mind team is a fantastic group of students,” said Coach Sean Caroglanian. “These students worked diligently for 10 months to prepare for the Odyssey of the Mind World Finals. They were extremely dedicated to being the best team possible.” 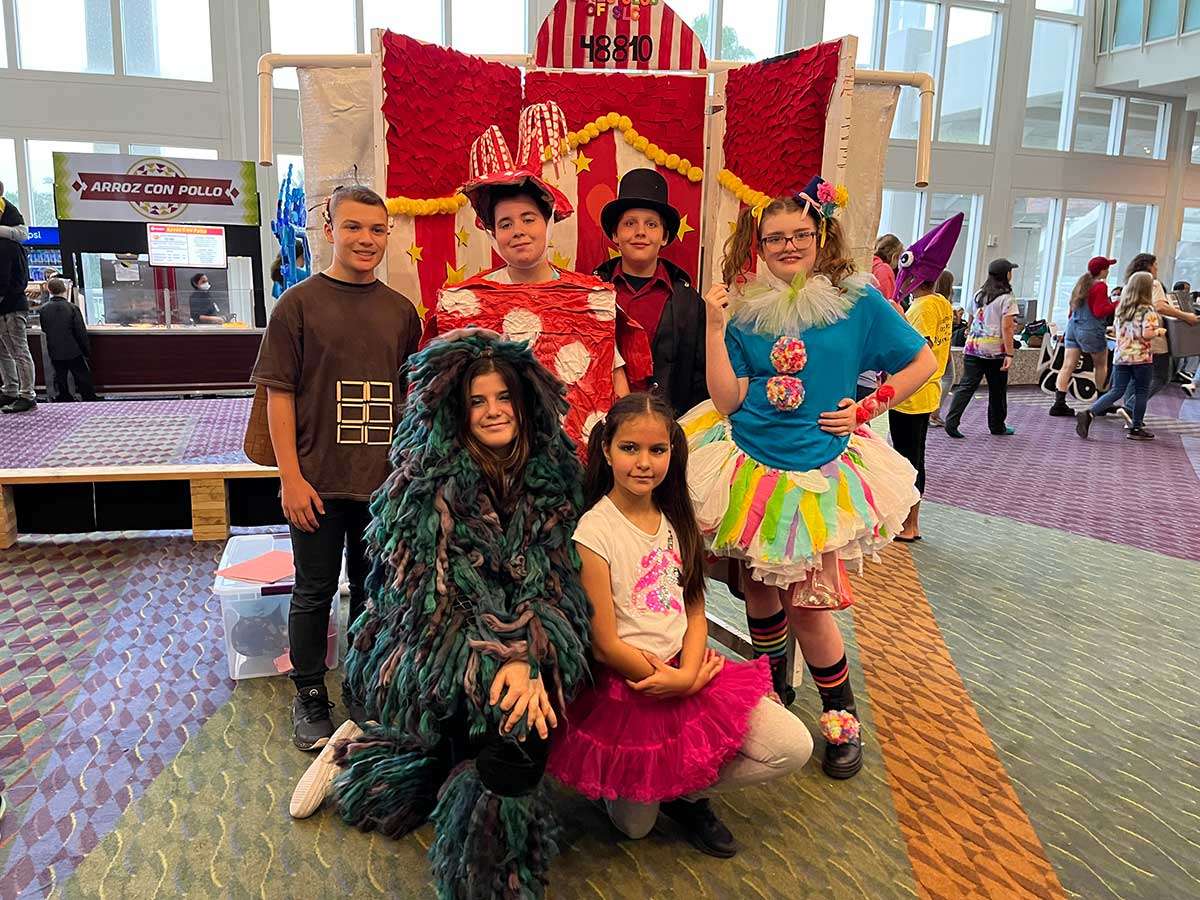 In Iowa, the team placed 12th out of 39 teams in the Balsa Wood Middle School division and received a 10/10 style score for a costume designed by team member, Tegan. To compete in the Balsa Wood problem category, the team had to design and construct a structure made entirely out of Balsa Wood that would hold as much weight as possible. Their structure held 390lbs, which is one of the highest weights ever held.

Costume designer and team member Tegan said, “It was fun and enjoyable to work with my teammates. It felt like a very big achievement and honor to get to have the chance to go to Worlds. I learned how to work in teams and how to think out of the box and quickly solve problems.”

“It has been amazing to watch the members grow as a team and hear them talk about working together over the years,” said Boys & Girls Club Director Destinee Friss. “Also, watching them grow into a family and work so hard to place in the World Competition has been awesome.”

There is no doubt these students will do big things in their future, and Boys & Girls Clubs of St. Lucie County looks forward to all that they will accomplish.

The Island Club PGA was packed with people in gowns, tuxedos and masks for the 10th Annual Steak & Stake Dinner and Auction benefiting the Boys & Girls Clubs of…

The Boys & Girls Clubs of St. Lucie County held their 2018 Graduation Celebration at Keiser University in Tradition. Taco Bell provides a grant to make the celebration possible in…

Youth of Year candidate is positive example for teens

Jennifer Louis, a Youth of the Year candidate from the Boys & Girls Clubs of St. Lucie County, spoke recently about the problems and pressures teenagers can experience and told…