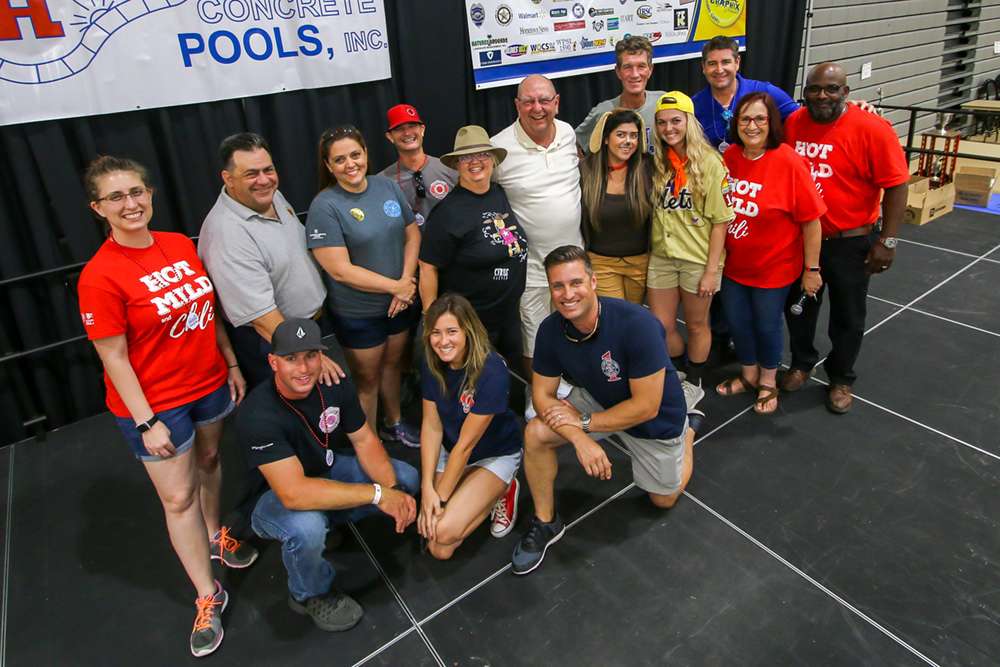 Thirty-eight supporters created booths to fit the theme while cooking chili with their own secret ingredients to later earn the title of ‘best’ chili by the volunteer panel of judges or People’s Choice.

Each team did their fundraising with the sales of pie, soda, snacks, cornbread and anything else to go with chili to earn the title of the highest fundraiser.

Aside from performing at the booths, there were skills and talents of all sorts happening on the center stage. The day started with the Boys & Girls Club cheer squad welcoming in the crowd followed by a generous friendly wager between Peter Busch and Travis Leonard of A&G Concrete Pools. Leonard said if Peter Busch came in wearing the character of Stewie from ‘The Family Guy’ he would give $2,500 to the Boys and Girls Clubs of St. Lucie County.

Leonard paid up upon seeing Busch’s head-to-toe Stewie costume followed by Bush’s match of that amount raising their friendly wager to $5,000 for the club’s programs benefitting the county’s youth. 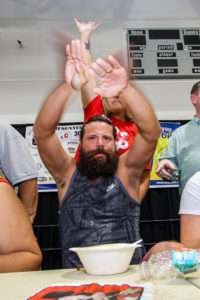 Later that day the crowds were entertained by a kid’s speed Jell-O eating competition and the highly anticipated Chili Eating Contest won by Tom Moran, a former club director for the Boys & Girls Club of St. Lucie County.

Moran also won the previous two consecutive years and was so thrilled for his threepeat as the Chili eating Champion he was seen minutes later celebrating with a chili dog at one of the booths.

The main stage was also graced with the anointing of this year’s ‘Little Miss Chili’. This year’s winner following her singing performance in front of several thousand people was Jaylah Klaffer dressed as a Teenage Mutant Ninja Turtle. Klaffer was sponsored by the Fort Pierce Utilities Authority.

The masses were included in voting for the People’s Choice Award and they broke away from the main judges by honoring first place to The St. Lucie County Firefighters Benevolent crew, John Jacobs Construction earned second place and Dan Kurek Consulting with the bronze medal for his chili.

The top fundraisers were the SLC Board of County Commissioners with over $11,600 followed by Southern Eagle Distributing with $5,400 and Treasure Coast Health with $4,300.
After hearing the total amount raised of over $72,000, Will Armstead, CEO of the Boys & Girls Clubs of St. Lucie County said, “Seeing the community come together the way they have on their own personal time gives added value to the monetary amount raised to fund our programs for the kids we assist in the clubs.”

"The Treasure Coast Tennis Foundation is designed to grow tennis while also giving back within the tri-county communities we serve" said DeCoste.

The 32nd Annual Chili Cook-off will be held July 12th at the Havert Fenn Center in Fort Pierce. Team’s listing and sponsorship information can be found at www.fortpierceexchangeclub.com. Register today…

Young people need to work toward careers they are interested in and passionate about, Chad Miller, author of “Dad the Mom” recently told more than 30 teenage members of the…